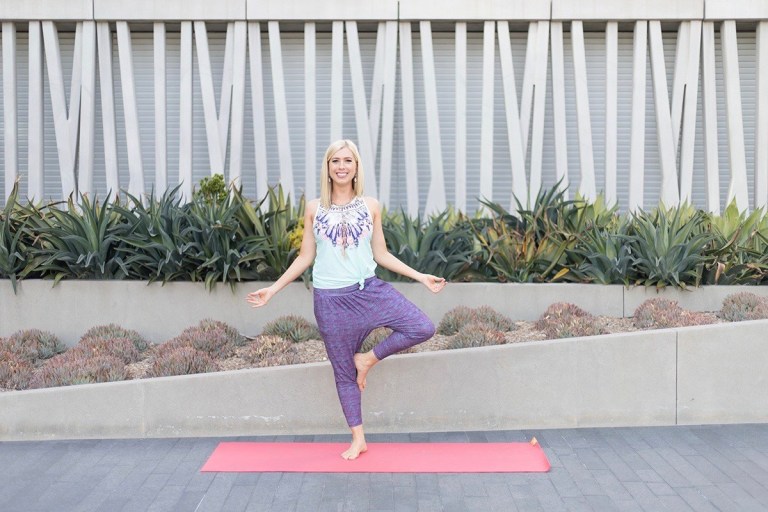 I just got back on the mat and if felt AMAZING.

I know Instagram photos may seem to tell a different story, but these last few months, (I guess year, actually), have been super challenging for myself and my family.

One big reason is that I have undergone two unexpected surgeries within the span of  four months time. When I look back through my pictures I see how flowing maxi dresses can easily cover the scars and swelling. No one would know, unless I shared of course. I think it’s important to share because it could help others who may end up on a similar journey.

The reason I had surgery recently needs a little back story.

We started trying to get pregnant for the first time when I was 32 years old, and Brent was 38. True to my Type A personality, once it was time to “start trying” I was all about  ovulation predictor kits. I didn’t waste ANY time trying to do everything just right.

My mom had seven children, so I was very surprised as the months ticked by and nothing was happening. No positive pregnancy test, month after month. I was having regular periods, I had confirmed ovulation. I seemed plenty healthy, so what was going on?

We started up the vitamins and supplements, the acupuncture, we tried different “positions,” lol! Anybody who has been down this road knows you become willing to try it all!

After about 9 months of “trying” I was finally diagnosed with diminished ovarian reserve, (which is done by blood test for your AMH level, and confirmed by an antral follicle count on Day 3 of your cycle). DOR basically means your ovaries seem to be aging at a much faster rate than would be normal for your age. Back in 2014, I was told that Doctors really don’t know why some women end up with DOR. I distinctly remember scratching my head and trying to understand what seemed like faulty logic to me. If I was ovulating an egg every month, then it shouldn’t matter how many eggs I had left — I should still have as good a chance as any to get pregnant each month, right? The doctor told me that it was still unknown why women with DOR have a much lower chance of getting pregnant.

We decided not to take our chances with my old ovaries, and within the year had moved on to IVF. We were elated to have success the first time; and even with my low follicle count we ended up with two PGD tested, blastocyst embryos. We transferred one, and it resulted in our son. 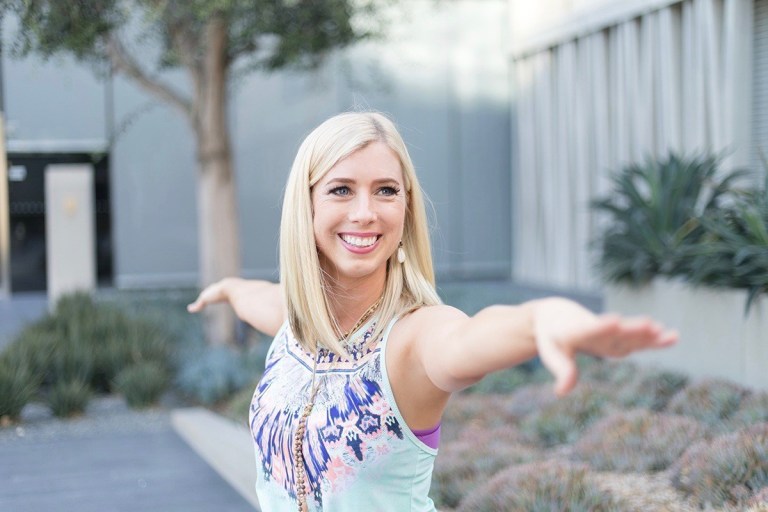 Fast forward to 2017 when we were ready to try for number #2. We repeated the exact same protocol with our frozen embryo transfer, and were devastated when it didn’t take. The doctor assured us it was just a percentage game, and certainly we would have better luck next time.

I tell this story quickly because I am hurrying it along to get to the part about why I had to have surgery recently; but anyone who has been unfortunate enough to walk the road of multiple lost pregnancies knows that the months that drag on between losses are excruciating. There is no easy way through the grief, except for one foot in front of the other, to get you through the day.

This happened twice more, two other losses, after a fresh round of IVF in an attempt to gather more embryos. I was broken, just shattered with the thought of this being the end of the road. I guess we have our one miracle boy, and that was all that was meant to be. (Anyone who has dealt with secondary infertility and yearns for another child can tell you that this pain is oh so real. I know for those who haven’t walked in these shoes it could be tempting to think that we should be thankful for the child we have, and stop whining about wanting more). I admit with great embarrassment that this was once me, many years ago. A huge piece of humble pie was sure served to me when I had to walk the roads of both primary and secondary infertility.

Blogging has been a helpful outlet, and it was through blogging that I was virtually introduced to a woman with a beautiful soul who resides in Seattle. She had walked a very similar road to me. Having been trained as a veterinarian, she was very smart and knowledgable — and had a scientific understanding of the underlying causes of infertility. She urged me to consult with famed East Coast doctor, Dr. Braverman.

I had heard of him before especially since he is known as a pioneer in the field of reproductive immunology. RI is a newer field of studying looking into how the immune system can basically malfunction and attack our reproductive cells (eggs/ ovaries), and destroy our bodies ability to either get pregnant, or stay pregnant. Dr. Braverman had figured out what was preventing my new virtual friend from successfully achieving pregnancy — and she swore he was a genius and could help me.

One thing infertility sufferers know is that it’s really hard when a well-meaning friend offers you advice. Especially when you have been walking the painful road for years; you truly feel like you have tried everything, and you think that most likely this “thing” they are suggesting that worked for them isn’t going to work for you. It just becomes too painful to get your hopes up.

From one broken-down, distraught and hopeless infertility sufferer to another, I urge you all to stay willing to try those new things…to hear about new things, to be open to the possibility that your answers might be just around the corner.

So I signed up for a phone consult with Dr. Braverman, (which meant I had to wait almost 6 weeks to get the chance to speak with him). 🙁

One morning while I was going through a particularly low moment, crying, praying, and doing my devotional, and just asking God to show me, to show me what is going on with my body. I needed answers and I just wasn’t willing to accept this as the end of the road for our family. At 38 years old, was I really too old to achieve pregnancy anymore? Between sobs my cell phone started ringing with an East coast number I didn’t recognize. I usually don’t pick up numbers I don’t recognize, but this time I picked up and was so glad I did. The receptionist said that Dr. Braverman had a cancellation and he was on the phone right now and would like to speak with me.

After going through my health records, he asked me why I had never been tested for endometriosis. I told him I didn’t have the usual symptoms, (painful, heavy periods, intense cramping each cycle, etc). I have a friend with endo, and those with endo KNOW they have endo, it’s usually VERY obvious.

Dr. Braverman then told me that a majority of women he sees are just like me, they have my same conditions, diminished ovarian reserve, trouble achieving pregnancy except through IVF, and even WITH IVF. He said he finds time and time again what he calls silent endometriosis. Endometriosis with no symptoms.

The reason most doctors don’t screen for endometriosis when there are no reported symptoms is that screening for it is very invasive, you can’t pick it up on an x-ray or ultrasound; you have to literally make an incision in your abdomen and put a camera in there and look around. NOT FUN.

He continued by saying that he believes diminished ovarian reserve is not really a condition, but a symptom of a condition, and the condition is actually undetected endometriosis. He said I probably had it for years.

For those unfamiliar with endometriosis, it’s a strange thing, it basically means that the cells that line your uterus migrate outside the uterus and land elsewhere in your body, usually somewhere in your abdominal cavity. These misplaced cells make your immune system *angry,* and result in chronic inflammation in the region, usually around the sensitive reproductive organs. This chronic inflammation is actually considered an auto-immune response, and results in damage to your eggs, which in turn results in poor quality embryos. The inflammation can also make the area hostile to supporting a new pregnancy.

Dr. Braverman now requires all his patients undergo laparoscopic excision surgery with laser destruction (which is about as fun as it sounds!) before beginning another round of IVF with him. His stats show that women who receive this surgery go on to have at least an 80% chance of achieving pregnancy after the procedure.

I figured I didn’t have anything to lose, because even IVF had stopped working for us at this point, so we scheduled the surgery and off I went to NYC to have it done with his special surgeon.

Nothing about this surgery was fun. The surgeon tried to describe the laser destruction part as, “you know, like having your insides given a strong microdermabrasion.” Basically they burn the walls of your abdomen on the inside, killing the top layer of cells off. Not fun and painful as heck.

I remember them wheeling me into the room for surgery and seeing a giant robot that the surgeon basically “wears” during surgery in order to manuever with his microscopic tools. Crazy sci-fy stuff! It look me a while to be able to watch my own surgical video  –but I have to say it’s amazing what they can do with science today. 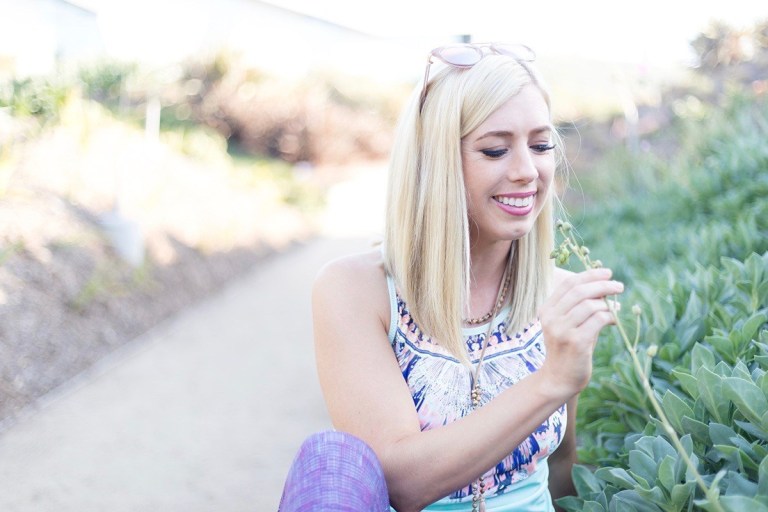 You probably figured where I might be going with this story.

If you guessed they found I had undiagnosed endometriosis, you would be correct. I actually had Stage 3, and you can only have up to 4 stages. So yes, I am glad I went and had it done. I am glad I listened to my Seattle soul sister and took a chance on learning something new. I am glad I’m almost fully recovered, and I am SO glad it’s behind me.

What I am most happy about, however, is that there is hope again, and that there continues to be answers revealed to me along the way. I don’t know why I’m on this journey, but I am keeping my heart open to what God may want to teach me, because his plans are always good and perfect, even when they are beyond our understanding. 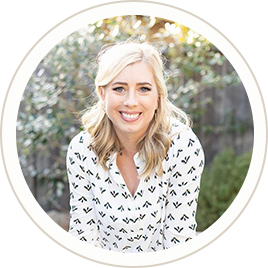 I believe our greatest pain can also be our greatest blessing. I’m working on walking that out in my own life after enduring 4 failed IVFs and a near death experience after fertility surgery. I don’t know the end of my story yet, but I believe it will be a happy ending. I spend my days helping others find their happy endings through the gift of surrogacy. I would love to connect with you, feel free to share below the happy ending you are waiting for in your own life!

When you refer someone who would make a great surrogate mother!

REFER YOUR FRIEND
Back to All Posts

INTERESTED IN OUR SURROGATE MATCHING SERVICES? VISIT US AT 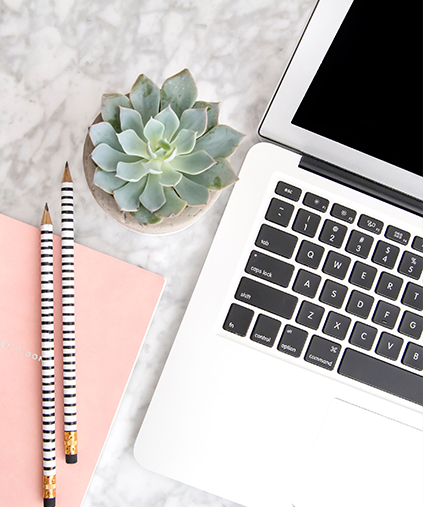 When you refer someone who could make a great surrogate mother! YFA surrogates are well compensated and cared for.

Actually, I want to be a surrogate!

You are paid a $500 referral fee AFTER the woman you refer becomes a surrogate with the YFA program. How we use E-Mail addresses.